REHOBOT Hydraulics has signed an agreement with THOR Middle East to distribute its products in the Middle East, as well as in North and East Africa, based in the United Arab Emirates.

REHOBOT Hydraulics manufactures and sells high-quality high-pressure hydraulic pumps, cylinders and tools, and has a history of industrial production in Sweden that goes back all the way to 1924.

Kjell-Roger Holmström, CEO of REHOBOT Hydraulics, says: “This is a very interesting partnership because THOR focuses on a geographical area where we have had very limited sales history. Their wide network of contacts in the region complements our own customer and dealer network perfectly.”

Greger Jacobson of THOR Middle East says: “We see REHOBOT Hydraulics products as an interesting complement to our existing portfolio. There are good prospects for a strong synergy and expansion between the companies, considering THOR’s existing network and business.” 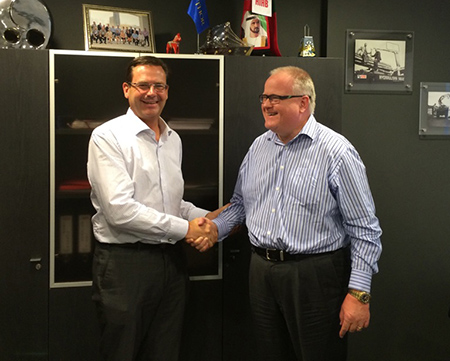